The future in 5G

Why the UK is a heavyweight in this arena.

Chances are the UK isn’t the first nation that springs to mind when you think of digital-transformation pioneers. But Australians are about to discover just how far ahead of the game their Commonwealth relative is when it comes to 5G-enabled tech.

The 5G future is already here and will soon become far more evenly distributed. Consumers will soon start buying 5G smartphones and 5G coverage will expand beyond a few patches in capital cities. Private and public sector organisations will have to adapt to a world where vast amounts of data can fly around in real time.

No singular country will play a dominant role in the imminent 5G revolution. But a handful of countries will emerge as leaders in the space. One is a nation that has been at the forefront of innovation for more than 250 years.

A prominent history and promising future

Great Britain’s commitment to leading innovation is in its DNA. It was the birthplace of the First Industrial Revolution, and, despite their characteristic self-effacement, the British also played seminal roles in the second and third industrial revolutions. Two Cambridge-educated mathematicians, Charles Babbage and Alan Turing, invented the computer. It was an Oxford-educated computer scientist, Sir Timothy Berners-Lee, who invented the World Wide Web. And the mass take-up of smartphones and tablets was facilitated by British company Arm, which provided essential CPU and GPU technology.

Long before most countries grasped the significance of the fourth industrial revolution, British governments, businesses and universities were collaborating closely and investing heavily to “put the UK at the forefront of the industries of the future” and meet four ‘Grand Challenges‘ that will profoundly transform society in the future.

AI and data – That is, putting transformative artificial intelligence, machine learning and other dataset-based technologies to the best possible use to achieve both economic and social goals.
For example, along with creating high-paid jobs and driving GDP growth, British AI start-ups such as Babylon Health, Benevolent AI and Lifebit are facilitating virtual medical consultations, the development of new medicines and more insightful analysis of DNA data.

Ageing society – As the number of elderly citizens grows in the UK (and throughout the developed world), emerging technologies are being harnessed to maintain this group’s quality of life.
For example, British agetech start-up Birdie has developed a platform that uses apps and connected devices to unobtrusively keep tabs on the elderly, allowing them to live independently in their homes.

Clean growth – That is, positioning the UK as a leader in the transition to low-carbon technologies. For example, UK Greentech start-up MacRebur has worked out how to use waste plastic to make roads.

Future of mobility – How people, goods and services are being moved around within cities, nations and, ultimately, the world is being rapidly re-imagined. Autonomous vehicles are already gaining traction and there are plenty of UK tech companies ushering in the driverless future. 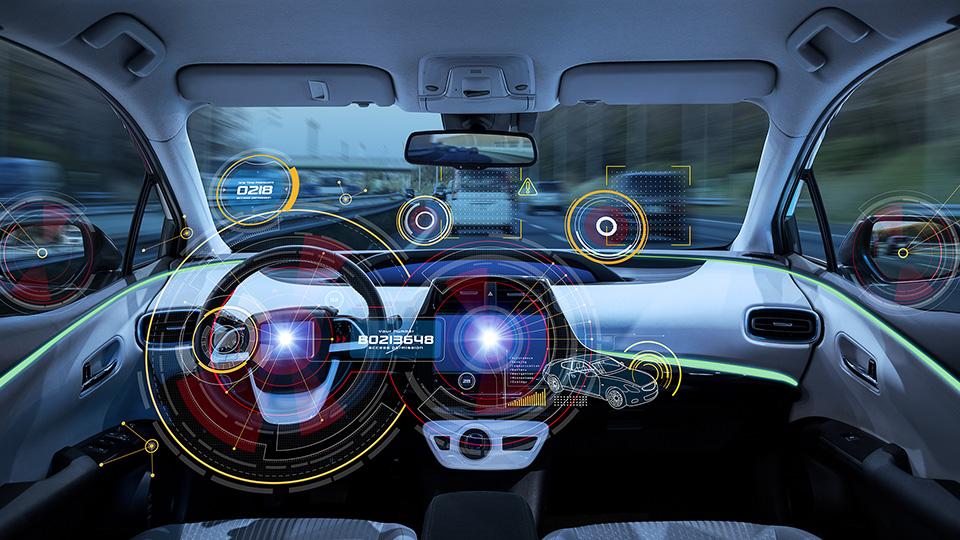 For example, Aurrigo is manufacturing ‘pods’ that allow people to complete the first and last mile of their journey to and from transport hubs, such as bus, ferry, tram or railway stations. Aurrigo has an office in Adelaide and has been trialing its pods at a Port Elliot retirement village, much to the delight of residents.

Common throughout just about all four of the challenges is the need for near-instantaneous transfer of large volumes of data and information – which will ultimately be facilitated by 5G.

Lots of countries talk a good game on digital-economy innovation but the reality can fall far short of the rhetoric. As a result of a lot of good management and a bit of good luck, the UK has unarguably established itself as a fourth-industrial-revolution powerhouse.

London – now known as ‘the Silicon Valley of Europe’ – boasts the second most connected tech ecosystem in the world. In total, the UK has more than 223,000 tech businesses which contribute £184 billion to its economy every year. Almost all the tech and telecommunication heavyweights (Cisco, Ericsson, Intel, Nokia, Samsung, Telefonica and Vodafone) are queuing up to ‘co-innovate’ with British researchers and start-up founders.

British firms are playing a role in creating the ‘poles and wires’ infrastructure of 5G. But their main focus has been on creating the software that will allow all manner of sci-fi scenarios to materialise once ultra-high bandwidth is widely available.

Australia wakes up to the 5G opportunity

A Deloitte report released in late 2018 predicted 5G networks could add A$50 billion to Australia’s GDP after the first decade of roll-out. The report also found 78 per cent of Australian business leaders said faster, more reliable telecommunications would benefit their business. What’s more, 69 per cent of them expected to be using 5G before the end of 2020. 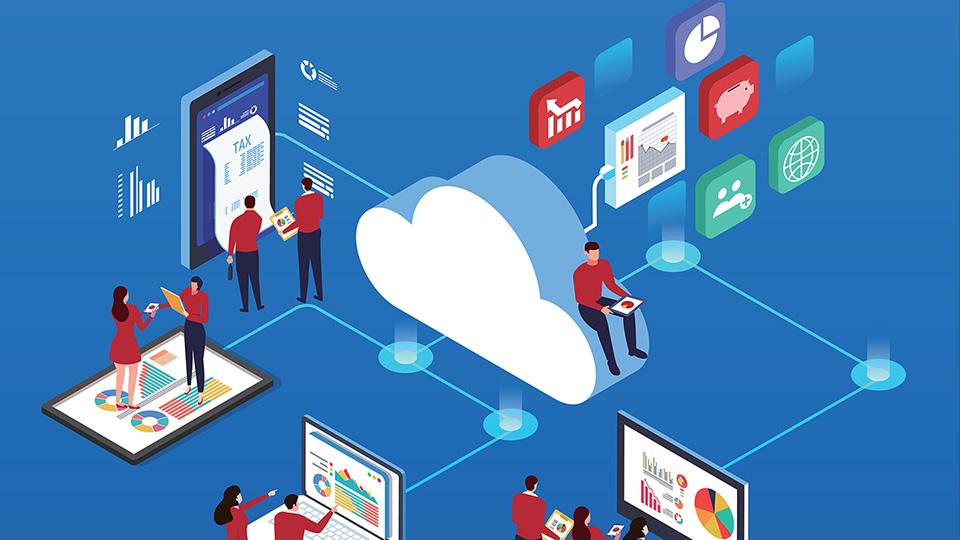 Commenting on the report, Telstra CEO Andy Penn said: “Australia needs an ambitious agenda to fast track the adoption of 5G.” Penn then noted that 80 per cent of Australian businesses were planning to use “new technologies that will be enabled by 5G within the next three years, such as artificial intelligence, drones and augmented reality”.

In early 2019, Australia’s Minister for Communications, Cyber Safety and the Arts Paul Fletcher said: “5G is enormously important and it’s going to have a major impact on a whole range of different sectors… [5G] has a role in things like driverless vehicles, or remote-controlled agricultural or mining vehicles”.

What Britain brings to the table

Before marching into the glorious 5G future, Australian businesses and government departments will need to source the requisite technology. Jeff Peel is a business technology specialist and consultant for the UK’s Department for International Trade. He believes Britain will be able to supply much of the 5G kit Australia will soon need.

“The UK can’t be and isn’t trying to be brilliant at everything to do with 5G,” he says. “But it is a leader in amalgam solutions. That is, mixing and matching elements of the 5G ecosystem – for instance, radio frequency, cloud and physical layer technologies – to develop software-defined networks. UK start-ups are creating the complex heterogeneous networks that will provide next-generation solutions.”

For those having trouble visualising what a ‘next-generation solution’ might look like, Peel points to 5G-dependent IoT sensors on fish farms.

“The UK consumes and exports a lot of salmon,” he says. “Most of it is farmed in remote parts of Scotland that haven’t previously enjoyed good internet coverage. Thanks to a co-innovation project involving business, government and academia, IoT sensors installed in Scottish salmon farms now relay information about pH levels, salinity and temperature in real time via a 5G network. That means action can be taken swiftly if anything threatens fish stocks.”

FarmWizard is a British company that does something similar with cattle, though its software receives data from RFID chips attached to livestock. In 2018, FarmWizard was acquired by Australian agritech superstar AgriWebb. “FarmWizard developed a technology that allowed cattle farmers to use mobile devices to monitor herds,” founder Terry Canning says. “But with 5G we can expect a transformation of agritech. We’ll have the ability to integrate remote monitoring much more into farm and livestock management.”

Peel points out that, like AgriWebb, many Australian start-ups have opened offices in, or even relocated to, the UK over the past decade. He suspects the Anglo-Australian start-up traffic will now become much more two-way.

“Post-Brexit, many UK tech businesses will be keen to forge commercial relationships with Australian organisations,” he says. “There will be basic, transactional exchanges. For instance, Australian networking operators might source off-the-shelf radio technology from British businesses such as Lime Microsystems. But I suspect we’ll also see many Australian and British businesses forging ongoing collaborative relationships. Also, Australian start-ups will buy British ones or seek to raise funding in the London capital markets. However the commercial relationships end up playing out, the UK has plenty of 5G-enabled smart city, smart factory, e-health and immersive VR/AR technology to offer Australia.” 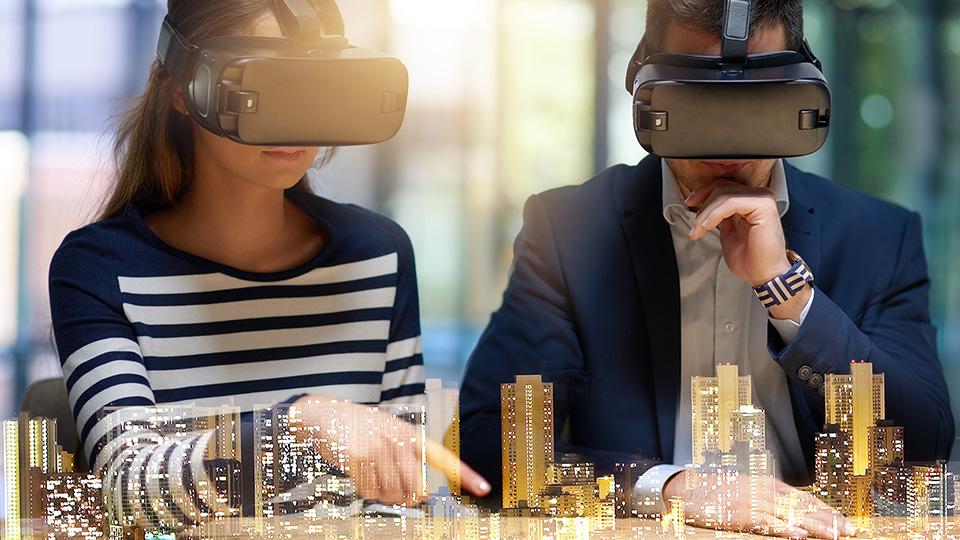 Kumardev Chatterjee is the founder of the ‘Autonomy as Service’ – think: software that can manage a fleet of drones without any humans needing to be involved – company Unmanned Life. He’s also one of the UK tech sector’s most influential people and headed to Australia alongside Peel and a delegation of British start-ups involved in everything from 3D holographic advertisements to smart-parking tech to human-friendly AI for CEBIT Australia 2019.

Chatterjee says he’s looking forward to getting better acquainted at what he predicts will become a major market. “All countries will need to embrace 5G-enabled tech but there’s a particularly strong case for Australia to be proactive,” Chatterjee says. “Like the UK, Australia has a highly educated and high-cost workforce. That means it needs to focus on innovation and creativity to remain competitive. Also, given its location, Australia is especially at risk of threats to its industries emerging from fast-growing Asian economies that recognise the role 5G can play in accelerating economic growth and market domination.”

Chatterjee recognises that few Australians realise the UK is, as he puts it, “a hotbed of innovation that’s at the forefront of the revolution in connectivity”. But he’s optimistic that many Australians will soon develop a newfound appreciation for British ingenuity.

“This is new, rapidly evolving field,” he says. “It’s not surprising that few people in any country understand what the 5G capabilities of British – or American, Chinese, German, Japanese and South Korean – companies are.”

“It’s up to people like me to educate those who are interested. I’m eager to explain to Australian technology buyers how Unmanned Life can help their organisations deploy fleets of fully autonomous drones and rovers for activities such as mine inspections, livestock management and emergency-response efforts.”

As the roll-out of 5G accelerates, tech solutions that once seemed distant and speculative are now ready for implementation – and will see advancements in efficiency, security and productivity unlocked.