Citizensourcing our way to Utopia

What if the average citizen could not only easily volunteer ideas to governments but have those ideas seriously considered and, on occasion, implemented? Could ‘citizensourcing’ be the answer to voter disenchantment?

A sizeable proportion of voters in nations such as Australia believe they have little opportunity to have their voices heard over the demands of – pick your villain – out-of-touch cultural and economic elites, multinational corporations and political parties captured by special interests.

But what if the average citizen could not only easily volunteer ideas to governments but have those ideas seriously considered and, on occasion, implemented?

That’s the promise of ‘citizensourcing’, a public-sector version of crowdsourcing, a form of what experts call ‘open innovation’.

Australian councils are legislatively obliged to consult with their ratepayers. In recent years, with varying degrees of enthusiasm, this nation’s local governments have interacted with ratepayers through ‘crowdsourcing’. This means they’ve sought to engage online with an ‘external crowd of problem solvers’. (Rather than only have councillors and council staff generate ideas on improving infrastructure, service delivery, policy and planning).

Based on Australian councils’ take up of open innovation, Associate Professor Ralf Wilden, along with his colleagues Dr Krithika Randhawa and Professor Joel West, investigated the impact of citizensourcing.

After analysing the citizensourcing efforts of 18 Australian councils, Wilden, an Associate Professor at Macquarie Business School, found councils fell into three categories. Those that pursued high engagement, those that contented themselves with medium engagement and those satisfied with low engagement.

“Unsurprisingly, the councils that were passionate about community engagement and which devoted substantial resources to sourcing, evaluating and acting on ‘outside’ ideas, generated the most engagement,” Wilden says. 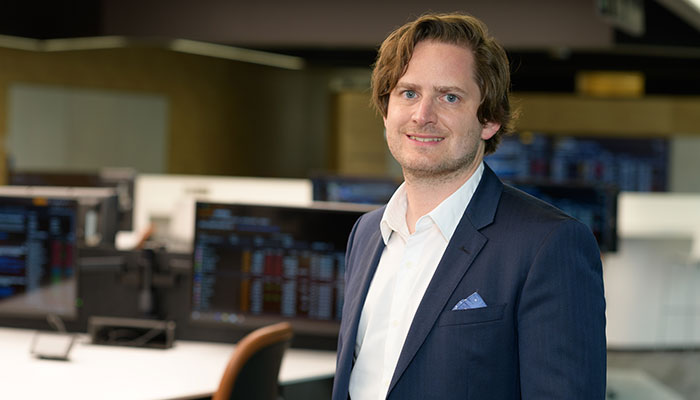 In high-engagement councils, those in leadership positions believed it was best practice to get community input into decision-making. What’s more, they put their money where their mouth was.

“These councils invited residents to comment on a wide range of operational and strategic projects,” Wilden says. “They used a variety of tools, ranging from simple survey forms to sophisticated discussion forums, to harvest ideas and feedback. They had well-designed, user-friendly sites. They provided regular updates on projects. They explained how citizen-sourced contributions had impacted the design and delivery of those projects. They had teams to plan, develop, deliver and evaluate community engagement.”

“Lots of site visits. Lots of useful contributions. Lots of implementation of those contributions. Significant improvements in the design and delivery of services and infrastructure,” Wilden says.

At the opposite end of the spectrum were the councils that largely ran community engagement as a box-ticking chore.

“These were the councils drowning in managing day-to-day issues and were not big on consultation,” Wilden says. “They didn’t have good websites and used only basic tools, such as surveys, to citizen-source ideas.

“Often there wasn’t a single staff member in a community engagement role. Staff members who did have to engage with the community typically saw it as secondary to their ‘real job’.”

“Often there weren’t many site visits made or ideas volunteered,” Wilden says. “In cases where there was more engagement, such as one council’s proposal to redevelop a city centre, there wasn’t much ‘tangible impact of changes’. That is, the ideas residents did suggest didn’t result in notable improvements.”

“These were the councils that invested a respectable amount of resources into sourcing and acting on ideas and got a commensurate return on that investment,” Wilden.

So, what can be learned from Australia’s citizen-sourcing experiment?

Wilden and his colleagues considered the broader implications of Australian councils’ citizen-sourcing experiences. Here are their conclusions.

Citizens don’t need to be bribed to contribute ideas: “In practice, there wasn’t much difference between private-sector crowdsourcing and public-sector citizensourcing,” Wilden says.

“In contrast to companies, councils weren’t offering cash prizes or free products to those who volunteered ideas. Nonetheless, as long as councils made it easy for people to contribute ideas and signalled those ideas were being treated seriously, there was high to medium engagement.

“Of course, there was a potential pay-off for ratepayers for suggesting ideas in that doing so could improve the area they lived or worked in.”

Citizensourcing can be scalable to state and national governments: Councils deal with smaller, more concrete issues than state or federal governments. Also, Australians tend to feel more territorial about developments in their neighbourhood than they do about those in their state or nation.

Plus, unions, multinationals and supranational organisations take a keener interest in, say, a nation’s trade policy than a council’s swimming centre refurbishment. “But other levels of government are already learning from councils that have adopted best-practice citizen sourcing,” Wilden says.